I buddy-read this book with a fellow member of an online book club as part of the „annotation book swap“. We each bought a copy, read the book, highlighted interesting sections and commented on them in the book. Then we sent it to each other to find out what the other person thought about it. I think I hardly ever engaged so much with a book since I finished school! But luckily I absolutely loved this book, so it was worth every minute spent with it.

Tiffy is desperate. She urgently needs to move out of her ex-boyfriend’s flat, but her low salary doesn’t allow her to find a nice apartment. Leon works night shifts and is low on money, too. He only spends time in his apartment during the day while others are at work. So he decides to rent out his apartment during the evenings, nights and weekends, while he is not home anyways. For Tiffy, this is the best offer she can find.
In the following weeks, they live in the same place, sleep in the same bed but never meet each other. Their only communication channels are post-it notes and Leon’s girlfriend.
But Leon’s jealous girlfriend and Tiffy’s emotionally abusing ex-boyfriend make their lives much harder than necessary…

I loved, loved, loved this book! Seriously – it’s one of the best novels I read this year.
To be honest, I didn’t have very high expectations when starting this book. I was expecting it to be funny. I was expecting an easy-going story that wouldn’t last with me forever. But I got so much more!

First of all, the story has way more depth than one would expect when reading the blurb. It is hilarious, yes, but it also covers some very serious topics like emotional abuse and toxic people. This is what I loved about this book – it can tell a funny, everyday story while addressing topics that most people never talk about. And it did it most convincingly!

Leon is in a very unhealthy relationship that obviously has no future. He copes with it rather well, even though he doesn’t want to realize and admit how toxic it is in the beginning. I have seen many people being in similar relationships and think that Beth O’Leary described the situation very well.

Tiffy is no longer in a relationship but is still stalked by her ex-boyfriend who always convinces her that everything is her fault even though it isn’t. Unfortunately, Tiffy doesn’t realize this. Beth O’Leary doesn’t solely focus on Tiffy’s tricky situation, but also on her friends‘ helplessness. Pointing out to Tiffy that her (ex-) boyfriend is not good for her just makes Tiffy push them further away. So they are trying to support her and be there for her even though they disagree with her. Everyone needs friends like this, even though they had their idiosyncrasies, too 😉 . I loved to see Tiffy’s development, going from simply not realizing what situation she is in to doubt and disbelieve until she eventually stands up for herself. She grew a lot as a person in this book.

Still, this book doesn’t pull the reader down. The relation between Leon in Tiffy is just so hilarious that I laughed out loud more than once (and I don’t usually do that while reading). As a reader, you can follow how they bond over post-its and food and get to know each other very well even though they have never met. It’s as if they were pen pals living in the same place!

Moreover, I loved Beth O’Leary’s writing style. It’s so fluent and easy to read that you can easily follow all the way through.

I can’t say it often enough: I loved this book! I would totally gift it to my friends or recommend it to fellow booklovers I meet. You should all read it!

🇺🇸 Angie Thomas | The Hate U Give 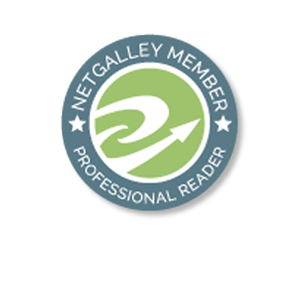